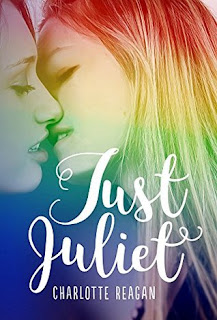 Rating: A rainbow jumper that doesn't quite fit me

Summary:  A highschooler realizes she's bisexual when she meets and is dazzled by the new girl in school.
Would you read more by this author? Possibly, but I'm not rushing to.


This book has been recommended to me a lot, so I was rather disappointed that I failed to love it. It covers the entirety of Len's senior year and just never seemed to develop much urgency in my opinion. The only things keeping the girls apart at the start was that Len needed to break up with the guy it was obvious she was going to break up with and she didn't realize she liked girls, but it was quickly clear she liked Juliet and while she spent a while being preoccupied about identifying her sexuality, she never seemed to have much issue with it. She didn't realize she was bisexual, but wasn't upset to learn she was.

This book felt like a retelling of a year of someone's life more than it really felt like a novel. Things happened, but it's hard to really call them a plot. So, basically, the book was just really character driven and light on things to fight against or overcome or achieve. Some people really like that type of romance and wouldn't have spent half the book going, "That's nice, but why am I reading this?" I'm just not one of them.

And the ending? I was solidly "meh" over it.

Len and Juliet were likable enough, I guess. I say "I guess" because I never really accepted Len's sense of humor. She and her friends are constantly attacking each other, calling each other nasty names, and being generally mean. They proudly self-describe as bitches, and it just really didn't work for me. It went beyond teasing and well past the point that they seemed really toxic and like people I'd be alarmed to learn my kid was hanging out with.

The two characters I really did like were Juliet's cousin and his boyfriend. There's a companion novel about them that I actually am tempted to pick up as it sounds like they had a lot more drama to overcome in their early relationship. But, well, I'm not sure the cousin was really very likable when not seen being cute with his boyfriend, so I hesitate.

Overall, I don't exactly regret spending the time to read this book. I did manage to finish it. But if it served any purpose for me, it was to prove that I'm right in wanting to revise a stronger plot for my work-in-progress.

9% I wonder why Juliet is going to the new school...

12% Scott and Lakyn really are too adorable.

13% Yes! No one takes an intolerance seriously! That's exactly why I tell people in allergic to bell peppers.

37% Well, that coming out was odd. I can't figure out if I love the playful bitchiness this friends group has or hate it.

44% Ok, that was adorable. I'm not sure how the tension for the rest of the book will go. Will there be an argumentduring the date? Or will it just be trying to figure out how to come out to everyone? Lacey already knows, but the other friends and parents don't.

56% I'm not sure why she's so scared to tell her parents. They seem to know already. And if they had a problem with it, they'd have pressed the subject rather than waiting patiently for her to feel comfortable enough to come out.

71% I clearly was wrong to expect better of her parents. They didn't throw a fit, but they seem overly concerned.

80% I'm increasingly uncomfortable with all this "playful" hate speech the characters direct at each other.

84% This vacation is cute, but I'm not sure what the point of all this is.

92% Juliet is going to London. Bet she'll be really confused when she asks for directions to Broadway.

94% And now they're breaking up to go to different schools. Why did people tell me to read this thing?

95% At least Len's living with Lakyn and Scott.

100% Hooked up again at the boys' wedding. And hopefully are now over the "me first!" attitude that split them up.

THE END
Overall, just not my type of book I think. No conflict. No excitement. And then they decided their relationship wasn't as important as doing whatever they hell they wanted without regards to the other party, getting back together only when it was convenient for them.
at January 30, 2020